Not bad for a former hippie.

And father of nine, most of whom work in the business.

And savvy businessman who began woodworking as therapy and turned it into a 75-employee, 54,000-square-foot state-of-the-art facility in St. James with a branch office in Lenexa, Kansas, that can accommodate large-scale and multi-unit rollouts. Projected sales are in the $14 million range.

“Back in the 90s, when I was real broken, I wrote a book for a missionary in Nicaragua,” says Cohen. “He told me God would heal me someday, that I would have a story to change peoples’ lives. That I have to quit thinking about myself, start thinking of others.

“I never thought God would heal me. But I made a promise that if he would, I’d spend my life healing others.”

And that’s the cornerstone of Cohen Architectural Woodworking, a full-service cabinetry and millwork facility where personal and group development are emphasized over the scrum of orders.

“I’d say 60 percent of my people are former felons or drug addicts,” he says. He says he and his management team look for people seeking to overcome their circumstances and grow. “The best people have been through so much pain,” he says. “They are willing to go through whatever they need to go through to be better people.” 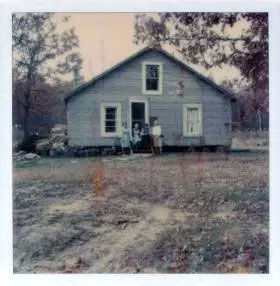 The Cohen's first home was a four-room, 24-by-24-foot house without running water, built from rough lumber.

That’s something Cohen knows intimately. Raised in a series of rough neighborhoods in Chicago by a violent, abusive, alcoholic father, he learned about life the hard way. His mother scrimped and saved while his father boozed and raged. He and his siblings ate a lot of macaroni and cheese and canned beans. His own bouts with drugs weren’t far behind.

Meanwhile, he’d gotten married and started working with wood in a neighbor’s barn in the 1970s. Gina and he moved into a four room, 24-by-24-foot house built from rough lumber with no running water and a wood stove for heat in the mountains of Tennessee. Half the house became the shop and the attic was their bedroom. In the winter they’d wake up with fresh snow on the bed. But he kept working, making birdhouses, baby cradles and toy wooden box trucks. 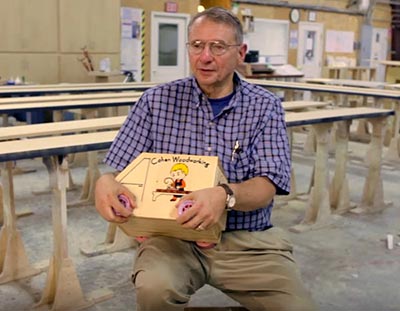 In 1982, he purchased his first business license and began studying with a master cabinetmaker. He and Gina built their first real shop in 1984, using recycled materials from an old mechanic shop.

Meanwhile, the administrator of a medical center in Tennessee asked Cohen to help remodel their facility. That led to more projects, including Boy Scouts headquarters in Chattanooga and other corporate work such as medical facilities, hotels, stores and office buildings. In just a few years, the firm was working for large general contractors, many of them building Wal-Mart stores. By the early 90s, Cohen was shipping work all over the U.S., including Alaska and Hawaii.

Cohen has been a University of Missouri Extension Business Development Program (BDP) client since 2006, aided chiefly by the Missouri Small Business and Technology Development Centers (MO SBTDC), a BDP program that provides business analysis, consultation, access to technology and training seminars on a variety of topics. Over the years, the MO SBTDC has helped the firm with issues from accounting procedures and lean manufacturing to business plans. Travin Shelton, business development specialist at the Missouri University of Science and Technology SBTDC in Rolla, was instrumental in putting together a business plan for a low-interest loan to fuel the firm’s 2016 expansion.

“He helped put together a fantastic business plan,” says Cohen. “I was really impressed.” 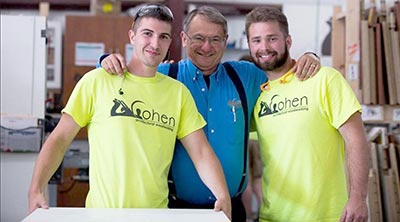 But Cohen never forgets his roots.

“We build our cabinets from our character out,” he says. That means meticulously building a corporate and personal culture in which profits and expansion are the result, not the goal. Cohen encourages employees to journal — he writes up to 100 pages a month himself — offers Dave Ramsey financial education classes, John C. Maxwell leadership classes and lets employees donate part of their paycheck to an employee-managed fund to help fellow employees in need.

In 2002, Cohen says he was healed. Now he offers others the same opportunity to find healing and a meaningful life.

View this 3-minute video in which Warren Adair, a Cohen Woodworking employee, provides a testimonial about the company’s culture.