Jason Douglas, co-owner and co-founder of Comfort of Home Healthcare, LLC, a home health care service based in St. Joseph with a satellite office in the Kansas City metro area slated to open later this year, didn’t start adult life as a health care entrepreneur.

He was a relief pitcher for the Missouri Western State University Griffons.

His repertoire included a wicked curve ball that had opposing hitters flailing away — or “They’d hit it 400 feet!” he laughs. He threw in the low 80s — good enough for college, but he knew the majors would be a long, hard climb. “I chased a lot of foul balls, raked the infield dirt a lot,” he admits.

The curve ball life threw at him when first his father, then father–in-law, then mother-in-law became incapacitated requiring round the clock care was tougher to handle. His father passed away at home with family present and hospice care; his mother-in-law too. Not so his father-in-law. Staying on top of the often unprofessional caregivers was virtually a job in itself, he recalls. With all this going on, he still held down jobs with the National Multiple Sclerosis Society’s St. Joseph branch, Blue Sky Home Care and Midland Empire Resources for Independent Living, where he saw what good caregiving looked like. 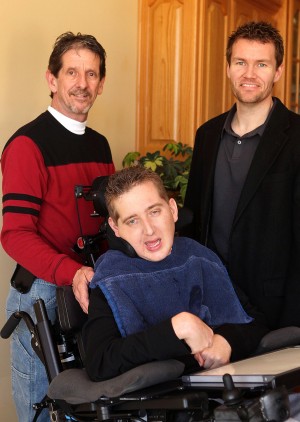 Meanwhile in St. Joseph, truck driver Tad Ulmer received the phone call every parent dreads. His teenage son had been badly injured in a car accident and had been rushed to the hospital. Then things got even worse. He learned his son had suffered traumatic brain injury and would never walk again — in fact, would never feed, dress or bathe himself again, requiring 24-hour care. Ulmer too was frustrated with the care his son received at nursing homes; he says he believes staff stole and he saw them berate his son. When he registered a complaint, one provider suddenly stopped coverage.

The energetic, entrepreneurially minded Douglas had also been taking classes on entrepreneurship and small business through the University of Missouri Extension Business Development Program's Small Business Technology Center (SBDC) in St. Joseph. He and Ulmer met at a chamber event and clicked, realizing their vision of caring, professional at-home care could be more than a vision.

Douglas then met with Rebecca Evans, director of the SBDC in St. Joseph, and began bombarding her with questions about partnerships, how to write a business plan, labor and employment law, office space, alternative financing and much more.

Finding office space was surprisingly easy. Evans knew that Mo-Kan, the regional planning and economic development group in St. Joseph serving northwest Missouri and northeast Kansas, needed new businesses for its incubator. “Originally, we were just going to work out of our homes,” says Douglas. “Mo-Kan leased us space for $175 a month.”

Financing was tougher to field. The business didn’t require a great deal of outlay, mainly payroll; even so, Douglas had to cash in his retirement plan, sell the family Toyota and more just to issue paychecks. Banks were reluctant to loan two inexperienced businessmen the capital for an untried venture. Together, however, the team explored and secured a low-interest loan from the state of Missouri, enough to get the fledgling business off the ground.

The first months were terrifying, Douglas says, but his faith and the help of the SBDC pulled him though. “We had to sell almost everything we owned!” he says. “There was no money the first few months, not a dime. But you don’t know what you’re capable of when there’s no other option. It really makes you focus when you are a trapeze artist and the net is taken from underneath you.

“We were also smart enough to realize when you don’t know what you don’t know, and we found someone who does know what she knows … Sometimes the Lord makes you sweat it a little bit.

“Now we are off and running!” Douglas says. “We jumped in the deep end and we found ourselves swimming.”

And he and Ulmer have never looked back. The firm today has 70 and plans to hire 20 more employees; has around 40 private and two public (Missouri Division of Mental Health, Medicaid) clients; enjoyed gross sales of more than a million and a quarter last year; and is negotiating to locate a second office in Gladstone, north Kansas City. 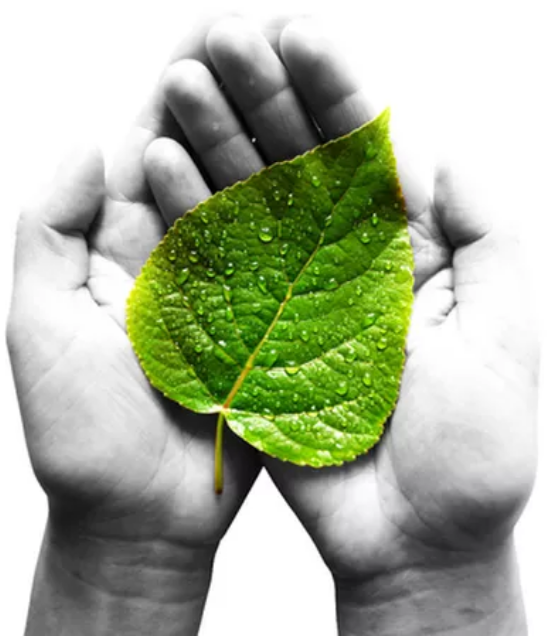 Douglas says the firm’s largest obstacle by far has been finding the right people. (Yes, he’s also acting HR director.) He and Ulmer first looked at candidates’ prior experience, certifications and the like, but now Douglas says he looks more for character. Skills can be taught. Caring and steadfastness can’t.

“I say [in interviews], If you’re just looking for just a job, there’s Taco Bell right down there. There’s a bank there. We need people who want to help other people.” In fact, he says he won’t let anyone enter a home he wouldn’t have in his own home.

The partners and their families have suffered and emerged not just better people, but better business people. Douglas knows, however, that he doesn’t have all the answers.

He does have the answer to the age-old question of which came first, the chicken or the egg.

In business, “They come at the same time! That’s the answer.”