Mitch Orlando, president of Dacor Manufacturing, LLC, Fenton, is considering a trip to Saudi Arabia. Orlando is exploring the possibilities of Missouri's  State Trade and Export Promotion (STEP) Grant Program, which helps small businesses export their products. He wants to travel to Riyadh, Saudi Arabia, to attend Saudi Health, one of the largest medical trade shows in the world.

Dacor’s products travel quite well — to the Red Cross Blood Donor Centre in King Edward VII Memorial Hospital, Camden, Bermuda; to Canada and Mexico, western Europe and U.S. military bases; and to nations most exporters don’t consider, such as Romania, Rwanda and Bangladesh. 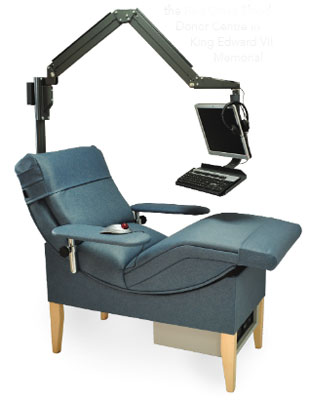 If you can even call them chairs.

These sleek, durable, often colorful pieces of furniture look and feel more like sofas than chairs. The chairs are handcrafted with an all-hardwood frame, have layered foam over springs and feature Flexilators, tempered steel coil and grid spring platforms, most commonly used in home furniture. All this makes the chairs comfortable enough to lie in for long periods of time.

They also have an actuator motor or manual lever for positioning and a contract-grade, anti-microbial finish that protects against stains, abrasions and bacterial growth. They’re almost indestructible, and testimonials from facilities as far apart as Camp Lejeune Naval Hospital, North Carolina and Bucharest, Romania swear they won’t use anything else.

“We are old school,” Orlando says. “We haven’t changed the quality of the material components of these chairs. We know that some of the original chairs built 40 years ago are still being used today. We don’t want to mess with something that works.”

But Bangladesh? The small Asian nation jammed between India and Burma is not exactly known as a lucrative export market.

“I was kind of nervous,” admits Orlando of that nation’s initial order of 30 chairs. The Bangladeshi national health care system has since ordered an additional 60 chairs. “But Larry Dill, director of the MO Small Business Development Center (SBDC)'s International Trade Center, helped us so much with the letter of credit and recommended a good freight forwarding company to work with.”

Orlando says he had never used a letter of credit before and was rather overwhelmed at the prospect.

“It was much more complicated than I thought it would be, probably one of the most complicated things we’ve ever done,” he says. “Our biggest concern was getting burned. For Rwanda [a previous order], we used direct deposit. We got half down, and before we shipped them we asked for the balance, which they deposited.”

But a letter of credit was a completely different animal. Dill recommended bankers with international experience to help navigate its complexities, to the satisfaction of both Dacor and the Bangladeshi national health care system.

The MO SBDC and its partners helped him deal with a few other unforeseen wrinkles, too.

Bangladesh, like most Muslim nations, has an Israeli embargo clause. Any goods shipped to Bangladesh can’t use Israeli equipment, materials, suppliers or bidders, and the deal can’t be consummated without that stipulation. Luckily, Margaret Gottlieb, international trade specialist with the U.S. Department of Commerce’s U.S. Export Assistance Center in St. Louis, knew of the embargo clause and pointed it out for Orlando’s signature.

Orlando says it’s been quite a learning experience. But he keeps an open mind. He now carefully tracks dealer inquiries and checks Google analytics daily to see who’s visited the website. 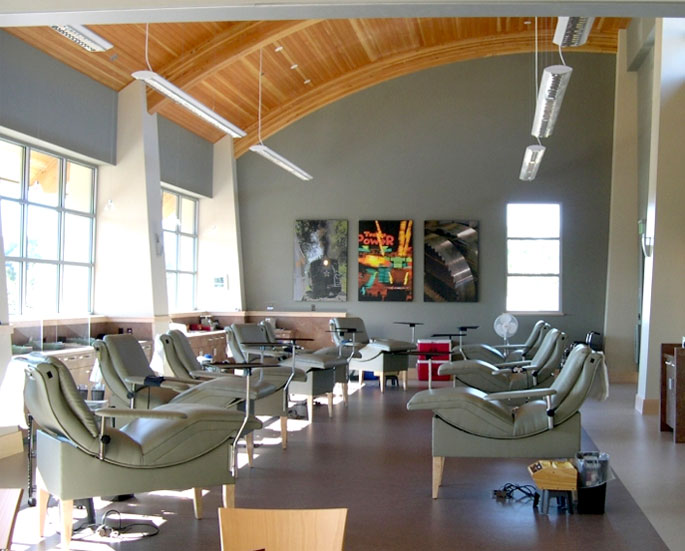 A bank of Dacor chairs in a high-tech treatment room.

“For example, I can see we’ve gotten hits from Romania, the Netherlands, Libya, India, France, the Philippines and Argentina, and that’s just in the past five days. I can also tell how many pages they looked at, how much time they spent on our site.”

All this, he says, helps him gauge interest in Dacor’s products and may indicate areas of future sales.

Orlando says he’s now much more confident about exporting thanks to Dill, Gottlieb and the MO SBDC and its partners. He and Dill are now exploring the Canadian and Mexican markets where Dacor previously sold many units through another company.

“That’s the nice thing about Larry, Margaret and the entire team. They have given me more confidence to pursue the international market as partners. I am always throwing stuff at them, and they always respond. It [exporting] is a lot more than sending chairs over there and you’re done. It’s very important to work with someone we can trust, and I trust them.”

Next, Orlando says he will be moving the chairs’ manufacturing from Illinois to Missouri because of the Show-Me State’s more reasonable workers compensation payment, liability insurance and building maintenance costs.