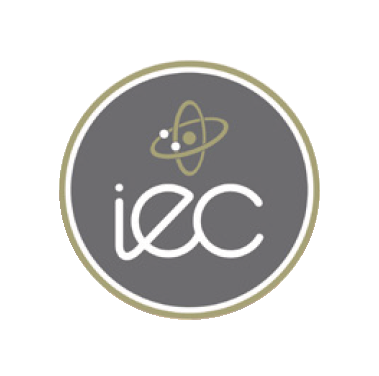 Goes will travel to Washington, D.C. with winners from other states, the District of Columbia, Puerto Rico and Guam in May, when one will be selected as the national Small Business Person of the Year as part of the celebration of National Small Business Week. Infinite has experienced significant growth in the past few years, and now has more than 40 employees in four offices nationwide: Kansas City and Knob Noster, Mo.; Fort Worth, Texas; and Fort Irwin, Calif.

The temperature in Rio de Janeiro, Brazil, the hometown of Nilson Goes, CEO and president of Infinite Energy Construction, is a balmy 75 degrees. It’s spring.

Goes didn’t come here for the weather, however, but for a doctorate. And he got much more: a family, an established place in the community and a vibrant, multi-million dollar general construction business with contracts from such vendors as Whiteman Air Force Base in Sedalia, Fort Leavenworth in Kansas and Fort Irwin in southern California.

Goes didn’t start life as a construction executive. He comes from a poor family in Brazil that valued education, and he took advantage of the opportunities that came his way. Those included earning two degrees in electrical engineering — a bachelor’s degree from the Universidade Federal do Pará (the university of the state of Pará, north of Rio) and then a master’s degree from the Escola Federal de Engenharia (Federal Engineering School) in Itajuba state, west of Rio. He had such drive that he then flew all the way to chilly Missouri to earn a PhD in electrical engineering from Missouri University of Science and Technology.

“Everything I am is because of education,” he says. “I tell my kids that, too.”

He was ready to go back to Brazil after graduation but instead accepted a position with a large electrical firm as director of engineering. Despite a boom economy, however, the company began to struggle. Goes clearly saw the writing on the wall. So he established his own electrical engineering company; when the larger firm closed its doors in the late 1990s, he was ready.

Or so he thought.

He had the experience and the desire, but still saw some lean years. So he contacted the Small Business Development Center (SBDC) at the University of Missouri-Kansas City (UMKC), and since that time, Goes has seen his business steadily increase and his company transformed from an electrical engineering to a general contracting company.

So successful has the firm been in federal contracting that it recently landed a contract at Fort Irwin for $100 million over five years. Goes says he has a similar contract with Whiteman Air Force Base.

“We are pretty much the department of public work for the bases,” he says. “We do everything from street lighting to water mains to building renovation and new construction. Whatever they need doing, we do.”

Federal contracting is not an easy business, Goes hastens to add: “If it were easy then everyone would be doing it.”

“FastTrac has been very, very good for us. When you run a small business, it can be hard to break the vicious cycle of working in the business, not on it. You feel you just don’t have the time to go out and pursue training. Most definitely it’s been beneficial.”

The courses taught him about industry standards, methods and procedures, assembling documentation and buy-sell agreements — all of which will make him more competitive.

His one regret about the FastTrac course, he says, is that he didn’t attend it in his first year of business.

Class networking is a valuable side benefit, he says. “My classmates were also small business owners and managers,” he says, some of whom were also potential clients. And these are just some of FastTrac’s benefits. “It’s a door that opens to a hallway with many, many doors,” he says.

Goes found the course so useful he took another. Then another.

“I became a very familiar face at my SBDC,” he jokes.

“Sometimes people say, ‘You are a doctor! Why are you still taking courses?’ I just smile,” Goes says. “I was trained to be an electrical engineer, not a businessman, but I can learn from someone who’s made mistakes and avoid those same pitfalls. I welcome the opportunity to talk to people who have been there, done that. It’s one of the factors that have helped me succeed.

“Mark has been there, done that. He has a wealth of knowledge on just about any subject I need help with, or he knows someone who does. He’s extremely knowledgeable on the Kansas City construction market.”

Goes even calls Allen his mentor. “We have developed a great relationship,” he says. “We’re good friends. I listen to his advice.”

Infinite Energy by the numbers

Infinite Energy also subcontracts jobs for which it doesn’t have the manpower or expertise, making its employee base far larger in the communities in which it has contracts.