Vigilance has no price. 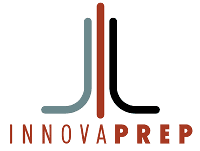 Or maybe it does: InnovaPrep LLC, a biological particle and pathogen detection device manufacturing firm in Drexel, Missouri, was awarded a $1 million Phase II Small Business Innovation Research (SBIR) grant from the Department of Homeland Security in 2012.

It was awarded another, up to $1 million Phase II grant from the Food and Drug Administration in August 2013 — proving the adage that great ideas may initially be fueled by the military but quickly find private-sector applications. The firm’s researchers are also a subcontractor in a Phase III SBIR grant developing their technology for DoD.

The highly competitive SBIR program encourages small businesses to engage in federal research and development that has genuine commercialization potential.

Phase I grants establish the technical merit, feasibility and commercial potential of the proposed R & D effort. Phase II grants build on that initial R & D. Phase III, pursuing the commercialization proven in Phases I and II, must be funded by the small business unless the government wants to purchase the products directly. In that case, Phase III grants are funded by the sponsoring agency.

“Our success with these grants has been in large part due to the incredible support and guidance provided through the MO SBTDC [Missouri Small Business and Technology Development Centers] and a Missouri Technology Corporation [MTC] loan,” CEO Dave Alburty said. The low-interest MTC loan was used to purchase tooling and expand the firm’s manufacturing capacity to launch a new commercial instrument. And Denise Fields, MO SBTDC technology development specialist at the University of Missouri–Kansas City, helped the principals map out the commercial and governmental landscape for their products and helped hone their funding-pursuit skills.

The MO SBTDC profiled InnovaPrep, Alburty and Andy Page, president and CTO, in 2009. Their unique system was principally designed for detecting biological particles such as proteins, toxins, viruses, DNA and bacteria in an infinitesimal size range of 0.001 to 20 microns. Alburty, who has about 20 years of experience in aerosol research, had recently left an engineering position at Midwest Research Institute in Kansas City to found AlburtyLab Inc. He looked around and saw a need for quick turnaround aerosol collection technology paired with rapid sample concentration for better detection.
lab equipment 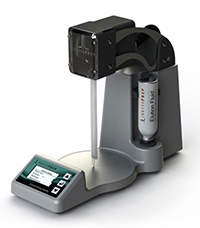 Others saw the potential, too. In 2010, Missouri Gov. Jay Nixon named InnovaPrep the state’s 2010 Technology Company of the Year. In 2011, the firm was honored with SBA’s Excellence in Innovation award.

And in 2012, InnovaPrep was granted the patent for the underlying technology, now commercialized. That technology concentrates biological particles such as bacteria, viruses, DNA, proteins and toxins. InnovaPrep’s new devices outpace traditional particle concentration techniques in favor of fully automated, one-pass hollow fiber concentration. This patent joins a number of other InnovaPrep patents awarded or pending.

“And we continue to follow several big military projects. We are selling a fair amount of our next-generation biotech instruments to the military — air samplers, surface samplers and bioconcentrators,” Alburty added. “Just this year for example, we sold six bioconcentrators to the U.S. government, three of which were for the military. More are in the sales pipeline.”

A pipeline that was greatly facilitated by the help from Fields and the SBTDC. Alburty calls Fields a mentor and advisor: “She’s probably the most knowledgeable marketing and business growth person that I’ve ever personally met,” said Alburty. “The first thing anyone who wants to start a high-tech business in Missouri should do is talk to the SBTDC.”

We last reported on InnovaPrep LLC, a biological particle and pathogen detection device manufacturing firm, in late 2013. Sales were topping the $1.5 million mark. (Read our previous story on InnovaPrep.)

Sales are now well over $2 million for InnovaPrep LLC due to 23 pending or awarded patents for collecting and concentrating biological particles from air, surfaces and liquids for a variety of clients.

One client is NASA, which worked with the firm for innovative instruments to sample the Martian surface.

It now seems increasingly likely there is or was water on Mars. And everywhere we find water on Earth, we find life. If Mars once had or still has water, there may be microscopic life in or under the surface. And an InnovaPrep product might find it. “We’re doing a lot of good for the world,” says Dave Alburty, CEO.

And in the community: The firm is located in tiny Drexel, about an hour south of Kansas City, population about 956.

Video courtesy of Nine Network of Public Media. Funding for Show-Me Innovation provided by the Missouri Department of Economic Development and co-hosted by Nine’s Jim Kirchherr and Randy Mason, KCPT.

This article was originally published November 1, 2013.