Supermarkets, fast food restaurants, convenience stores and gas stations, pharmacies and even gyms are increasingly open every hour of every day. And that doesn’t even include all the places we expect to be staffed 24 hours a day such as police and fire services, hospitals, factories, nursing homes and correctional centers.

That’s a lot of people in every American city and large town. And many of these people have small children with no one to watch them at night.

And that’s where Lakaisha McCaleb, co-owner and co-founder of Joy and Gladness Children’s Academy LLC in Jefferson City, Missouri, helps spreads joy and gladness with her 24-hour day care.

Originally from St. Louis, McCaleb and her mother had been operating credentialed child care centers for more than a decade. Then her mother, a preschool teacher, was abruptly laid off. Meanwhile, some of McCaleb’s friends had had babies, but still needed to work or go to school and couldn’t afford child care. So McCaleb and her mom opened a center in their home.

Things went well for a few years until McCaleb was diagnosed with several health conditions, including cancer. Fortunately, she says, the cancer was caught early. She also became homeless, and she and her young daughter were forced to move in with her parents, who had relocated to Jefferson City. Times were tough. 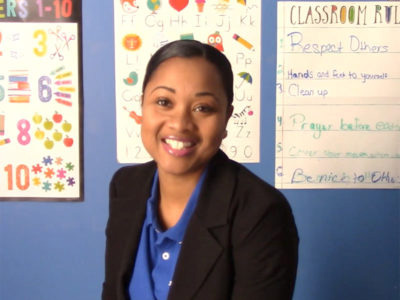 McCaleb remained optimistic, buoyed by her faith and entrepreneurial drive. Her mother had meanwhile started a day care in the capital city — “We always worked together,” says McCaleb. “And I came here and thought, ‘Well, since that day care is already here, why not expand it?’ ”

She reached out to Andria Hendricks, director of the Lincoln University Small Business and Techonology Development Center (SBTDC) in Jefferson City. McCaleb already knew Hendricks from attending Lincoln University and from church. McCaleb and her mother knew the demand for a 24/7 day care was there — Jefferson City boasts two major hospitals, a score of nursing homes, the Algoa Correctional Center and Scholastic Inc., part of the global Scholastic Corporation. She and her mother had the patience, skill and experience required to care for children. They just weren’t sure how to get the capital to expand.

Hendricks and McCaleb rolled up their sleeves and got to work. Hendricks helped her assemble a sound business plan that drilled down to the financial details lenders require. Hendricks also steered her toward Justine Peterson, an organization which provides small loans to low- to moderate-income families and individuals, among other services. Justine Peterson was duly impressed and gave McCaleb a loan. The organization, recently recognized by the Small Business Administration as the National Micro Lender of the Year, originated 248 loans in Missouri totaling $1.4 million during FY 2016, with an average loan amount of $5,641.

Hendricks also urged her to participate in the city chamber’s StartUp Jefferson City entrepreneurial pitch contest, which provides cash awards to startups. She won that award, too, based on the contest’s five criteria — clarity, credibility, purpose, realism and passion — all of which McCaleb has in abundance.

Hendricks also put McCaleb in touch with the Red Cross to train all employees in CPR. She also urged her to compile a waiting list of potential customers for a small fee to both ensure more capital and that parents who signed up were serious. She also helped establish a business Facebook page and connected McCaleb to a web designer now developing the website.

“Andria has helped us in so many ways,” says McCaleb. “She’s been a blessing.”

Joy and Gladness Children’s Academy opened its doors in March 2016. Since then, it has grown from a great idea to a bedrock community institution with 15 employees, acquired a van to transport children and expanded into the entire building. Some of these employees are early childhood education majors at Lincoln who receive college credit for work — a win for the students, the university and McCaleb. 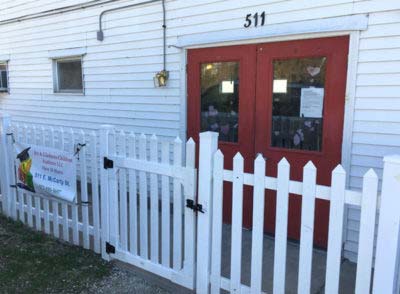 McCaleb doesn’t see the trend of new mothers swiftly returning to work or requiring 24-hour child care to abate any time soon. On the contrary.

“I see myself partnering with other businesses [such as Scholastic] — there’s a high demand for day care for children two and under right now.” Her ultimate goal is to franchise the business model across Missouri and the country.