Some studies say that Americans spend more than 90 minutes a day on portable devices. 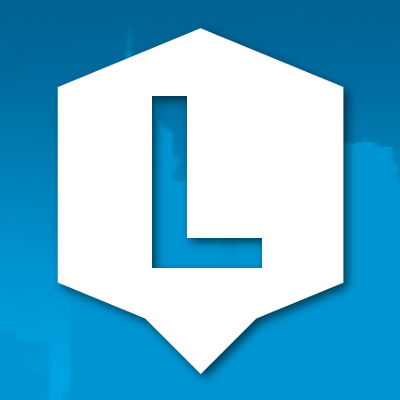 If you’ve been to a game, eaten at a restaurant, shopped at a mall or grocery store recently — gone anywhere, in fact, there are people — you know that figure might be a low estimate. People are on their devices constantly. You may even be reading this on yours.

Michael Orlando, president and co-founder of Lumate, LLC, a mobile ad solutions firm which recently moved out of the Regional Entrepreneur Exchange incubator to downtown St. Louis and established an additional branch at Missouri University of Science and Technology (Missouri S&T), Rolla, sees our mobile addiction as opportunity.

Orlando has gone through several business iterations since starting a computer repair business as a high school student, but thinks Lumate, founded when Orlando was a student at Missouri S&T, is on the cusp of something revolutionary. He sees mobile devices as a great vehicle to deliver timely, targeted advertising to the right person, by the right advertiser, at the right time, via apps. And he and his crackerjack developers and analysts have created software to do it.

August 2013 was a great time to be a St. Louis Cardinals fan, with 17 home games against the Redbirds’ fiercest rivals, the Cubs, Pirates and Reds. A win early in the month against Dodgers ace Clayton Kershaw featured four double plays, and the Birds regained sole possession of first place at the end of the month. Pittsburgh, Chicago, Cincinnati and Atlanta all fell like dominoes, cementing another great postseason run.

They didn’t know it, but fans attending these 17 games were also participating in a Lumate test run.

Fans who clicked on certain apps were sent ads from a St. Louis craft beer sold inside the stadium. This craft beer maker isn’t allowed to use traditional advertising because of an agreement between the team, stadium and Anheuser-Busch, so had to try something different. Lumate and the beer maker are still analyzing the data, but they do know that thousands of people saw that advertisement.

“And that’s a very small-scale example,” says Orlando on his cell phone. He’s trying to run two offices at once and is in transit from St. Louis to Rolla. “It was really more an experiment, an early stage test of what kind of reach we can do — only operational during a certain portion of the game, inside and around the stadium.

“AdTrade is much, much bigger than that [the local craft beer maker ad],” he adds. “It’s for all the people in the world that make apps. We have found a spot in the ecosystem to help them make money. Our value add is that we increase the efficiency of a mobile advertising system, so all those people that make apps can make more money. And we do it on such a granular level, using an order of magnitude far greater than anyone else can now.”

Cookies have done this in web advertising for years on PCs but mobile advertising can’t achieve the same degree of targeted marketing. AdTrade optimizes each ad’s placement by using a wide array of demographic data to only serve ads to relevant end users — those who searched for, say, running shoes, a nearby buffet or brewery. Lumate’s profit will only be a small fraction of that wholesale traffic, but increase that fraction to millions, even billions of impressions, and you have some idea of AdTrade’s potential. AdTrade is still in beta testing, but Orlando is confident it will catch fire.

Orlando is only 27, but if he sounds like a tested entrepreneur, it’s because he is. That high school computer repair business did well — until he attended Missouri S&T and realized everyone knew how to fix their own computer. So, like a good entrepreneur, he looked around, discovered a need for a student-run light and sound business, and filled it. Orlando ran it for two years, providing light and sound for concerts, comedians, lecturers, anything and everything requiring speakers and lighting, grew the business to 10 employees, then reached a point where he couldn’t grow the business anymore.

He and fellow student R.J. Miller, now Lumate’s vice president, then founded Interdisciplinary Design Collaborative (IDC) LLC on campus. IDC tackled projects as diverse as games for iOS and Android devices; a truly inspired app that counts down the number of days until the next St. Patrick’s Day; and energy management optimization algorithms for the Environmental Protection Agency.

That last project was fueled with a $67,000 EPA grant through the federal government’s Small Business Innovation Research (SBIR) program. Orlando had approached and fully used the expertise of Barry White, former director, and Malcom Townes, former technology business specialist, Missouri Small Business Development Center (SBDC) at Missouri S&T, to navigate the federal funding and competition maze. This grant, incidentally, is believed to be the first ever awarded to undergraduate students.

Other products included Barcodescan, one of the first to use a smart phone’s camera to scan product barcodes and provide comparison pricing; and Made In America, an app helping consumers find U.S.-made products.

IDC, which had meanwhile graduated with the duo to become a full-time business with the inspired name of Lumate (a potential investor had suggested the catchier moniker), had already gone pretty far down the apps and gaming road. But Orlando was cautious. Apps and gaming are a notoriously risky industry.

“It’s a gamble. It’s a lot like the movie industry; you don’t really know how big it’s going to be until it opens.” Mobile ads seemed a far safer and more remunerative option. Orlando says the Missouri SBDC has been instrumental in two phases, the first in Rolla as White and other counselors helped file LLC paperwork, find the right lawyer and insurance and helped perfect their pitch. “They operated as a kind of cheerleader, coach and mentor. He [White] and his office were utterly supportive.”

White even helped IDC be recognized as the MU System Student Entrepreneurs of the year in 2010. The SBDC counselors further helped them perfect a business plan for an Arch Grants application worth $50,000, which the firm won in 2012, moving to St. Louis later that year.

The second phase occurred in St. Louis as Kevin Wilson, director, and Luis Ortiz, technology development and commercialization specialist, SBDC in St. Louis, and White again acted as mentors with the added dimension of financial planning. The SBDC team coached Lumate’s principals on certain aspects of raising funding through the Missouri Technology Corporation (MTC) TechLaunch loan program. This program required matching funding, so Orlando and White went on the hunt to find an interested lender. The technology was so new, however, that the SBA balked twice, but in the end Lumate secured a loan.

This is not a minor accomplishment. In the software development industry, wining a bank loan is virtually unheard of.

The SBA lender wrote: “Working with Lumate was great! They were on top of their business model and very knowledgeable about the industry. We saw the great potential they had to offer and worked with them on getting approval from the SBA to back our loan. They made believers out of us at an early stage, when typically, funding can be more difficult to obtain.”

They had made believers out of Missouri S&T, too, opening a Lumate branch office in the Technology Development Center in late 2013, which will ultimately employ about ten students. Orlando says students are an incredibly rich source of raw, perfectly moldable engineering and computer science talent.

It’s a win-win-win-win-win (that’s five wins), he says: Lumate makes money which is, after all, what business is about; users won’t see more of those sloppy, random ads clogging their devices; app makers can make more money; and students get a taste of entrepreneurship and real world experience while providing Lumate with bright new ideas.

Orlando knows he can’t rest on his laurels, however, and that the hard work has just begun. “There’s a clear difference between a startup and a small business, which is not always so obvious,” he says. “A startup has ultra-high growth potential, and a 10 percent year over year increase in revenue is good. A small business needs ten times that, needs to be always making money, raising money.”