Of the Earth Farm Distillery - Richmond 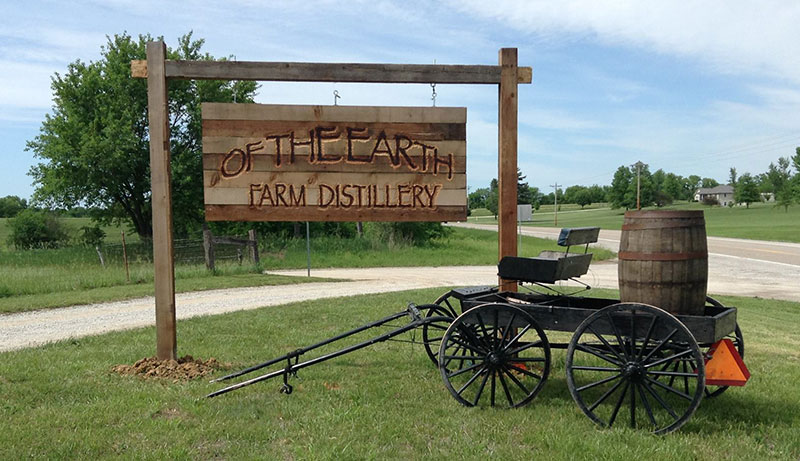 Jim Pierce and Sarah Burnett Pierce , of northwest Missouri, are no strangers to hard work and dedication. Their family-owned orchard and distillery, Of the Earth Farm Distillery, has been the product of their active efforts to innovate and expand since 2012.

The couple originally began their distillery in a small, sixteen by twenty foot garage. Within a year, they had moved their operation into a facility four times larger than their last and acquired an additional fifteen acres.

However, the Pierces did not stop there. In 2015, they continued the process of developing their business while strengthening their future plans for the orchard and distillery.

"We were seeking information to help round out our business plan and explore other avenues of funding and support programs," explains Burnett Pierce. Their search would spark the beginning of their relationship with the Missouri Small Business Development Center (SBDC) hosted by Northwest Missouri State University.

After attending workshops and seminars, the couple was introduced to Rebecca Lobina, the Center Director of the Northwest Missouri SBDC, by Jim Fredericks of SCORE in 2016. The Pierces met Lobina again at a Meet the Lenders event in 2017. It was at this event that the couple requested Lobina’s assistance. 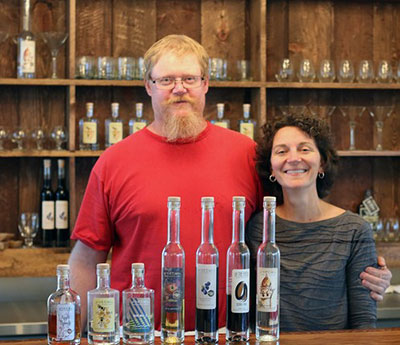 After this initial outreach, the Pierces began to meet with Lobina. Together, they began reviewing the business plans for Of the Earth. The couple received assistance in multiple areas, including financial projections, accounting management and strengthening their business plan. All of this work culminated to the application for a loan through Missouri Department of Agriculture (MDA).

"Rebecca was essential in assisting with the development of our financial documents, business plan, and reports required for the MDA loan," says Burnett Pierce. "Her expertise was a great asset."

With Lobina’s aid, the couple was able to acquire the loan. Its financing allowed the Pierces to renovate and develop their manufacturing facilities. Included in their expansion was a new tasting area and retail space, which opened in May of 2018. But before the alterations on their manufacturing facilities were completed the Pierces were already looking towards the future in the form of a U.S. Department of Agriculture (USDA) grant.

The couple once again contacted Lobina and the SBDC. Lobina reviewed their grant application and agreed to write a letter of support. The Pierces were later awarded over $100,000 in 2018. The matching funds from the grant provided them with the opportunity to boost their marketing, offer new products to their customers, and to purchase a second location in Richmond, Missouri.

Since their expansion, Of the Earth has continued to supply individuals and businesses across northwestern Missouri with a variety of spirits made from the pears, peaches, and apples in their orchards. They have partnered with other small businesses, such as Mule Barn Berries in Lathrop, Missouri, to expand on their products. Their Berkshire hogs and Katahdin sheep have also allowed the Pierces to offer their customers fresh pork, lamb, and goat cheese while maintaining a sustainable business model.

Their practices have received praise from Lobina, who sees their efforts to reduce waste as deserving and commendable.

"This is the ideal sustainable business in the middle of nowhere," explains Lobina. "The honey from their bees is used in their distilling, as are the apples from their trees, with any unused portions fed to their pigs and goats."

The innovation and hard work that the Pierces have displayed in developing Of the Earth lead Lobina to nominate them for the Small Business Person of the Year. The award is presented by the U.S. Small Business Administration (SBA) to business owners who have received help from programs, like the SBDC, and who have achieved significant growth and outstanding accomplishments.

As with the trees in their orchards, the care and hard work that the Pierces have invested into Of the Earth has helped the farm and distillery bloom into a thriving business. The couple and Of the Earth continues to have a positive impact on their community, county, state, and environment as a whole.