A glance at the firm’s full-service retail website is drool-inducing: Dry aged pork chops, smoked Porterhouse pork chops, smoked boneless ham, Capicola-style ham — and that’s just the pork. That doesn’t even touch the dizzying variety of steak and beef from traditional to Wagyu (meat from Japanese cattle bred with Angus here in the U.S.), chicken, lamb, even, on occasion, alligator, buffalo, elk, kangaroo and rabbit.

Watch a video on the firm (3 minutes).

“I would say our retail is close to 50 percent now. It’s risen a lot in the last couple of years,” says Teresa Fantasma, CFO of Paradise Locker in tiny Trimble, Missouri, about 30 miles north of Kansas City off Route 169. (Fantasma means ghost in Italian — more on that soon.)

The slow food and local food movements have greatly helped spread the word about Paradise’s humanely handled, no added hormone, antibiotic-free and local (if at all possible) meats. Quite a few customers from Kansas City and far further afield regularly make the pilgrimage to Trimble to stock their larders or to wow barbecue festival judges.

“We have one customer that we do 160 hogs a week for, a broker in New York,” says Fantasma. “Those pork products go to high-end restaurants all over the country. We also work with Arrowhead Specialty Meats in Kansas City, which does a lot of distributing to local restaurants.” Local chefs like Jonathan Justus, Michael Beard and Howard Hanna are all fans. 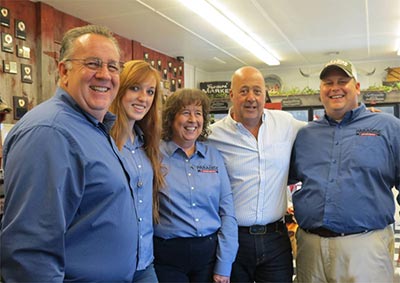 Paradise products, not coincidentally, have won bushels of awards. How many?

“Wow,” says Fantasma. “I don’t really have a listing. I think I can count them up.”

That might take a while. At just one competition in March 2015, Paradise brought home 11 awards.

Heady stuff for a business that started with a ghost. The grandfather of Mario Fantasma, Paradise’s founder and Teresa’s husband, mysteriously appeared on the doorstep of an Italian orphanage as an infant. As is often the case, the name stuck, and his son carried it with him to America.

Mario worked at a wholesale meat company for nearly 20 years before purchasing Paradise Locker, a small meat processor, in Paradise, Missouri, in 1995. That business burned down in 2002, but he wasn’t dissuaded and rebuilt in nearby Trimble, keeping the name and the business’ sterling reputation.

It’s a true family business. There have been numerous Fantasma family members working at Paradise over the years, but now it’s son Louis, Mario and Teresa and a granddaughter working part time as she attends community college.

Like most family businesses, there’s also been occasional friction. “That (family dynamics) has been a real challenge in the past,” Teresa admits. “We worked with a staff development person we knew through our church who helped us learn how to work together better as a family. We have made great strides with that, and can still stand each other at the end of the day!”

Lobina has counseled the Fantasmas since 2008, digging deep to identify financial pressure points like days payable, days in inventory, days receivable, labor costs, operating profit to sales and other ratios; helping perform projections and budget spreadsheets; and spending hours reviewing Excel sheets to improve the firm’s chances of obtaining loans. As a result, the business has been healthy and growing for years, and the number of employees has grown from a handful to more than 20 today.

“We worked on a large expansion about four years ago, and she (Lobina) helped us get all that info for the banks,” says Fantasma, resulting in a more than $1 million loan for an expansion. “She was great.”

A large loan resulted in an expansion that doubled the size of the facility.

“I’ve had a little tiny breakroom with one bathroom in the current breakroom for my 20-some employees,” she says. “That has been a real challenge.”

“Ninety-nine per cent of people have never had this quality of steak, because in a restaurant they would be $50-100 dollars a steak. You can buy them here for way less than half of that … you will never want to eat another burger and you will blow your friends away. For the competition BBQ guys, you know what I’m talking about!” 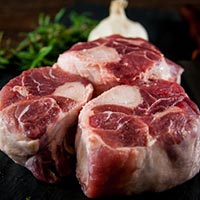 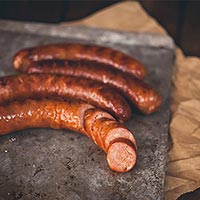 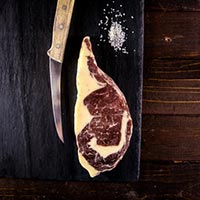