Home is where the heart is.

It’s where you are comfortable and secure, surrounded by things that belong to you and people who care for you and share your life.

But what if none of these things are true? What if home is not safe, secure or stable?

That is the case for far too many developmentally and physically disabled people, especially from low-income homes, across the country. 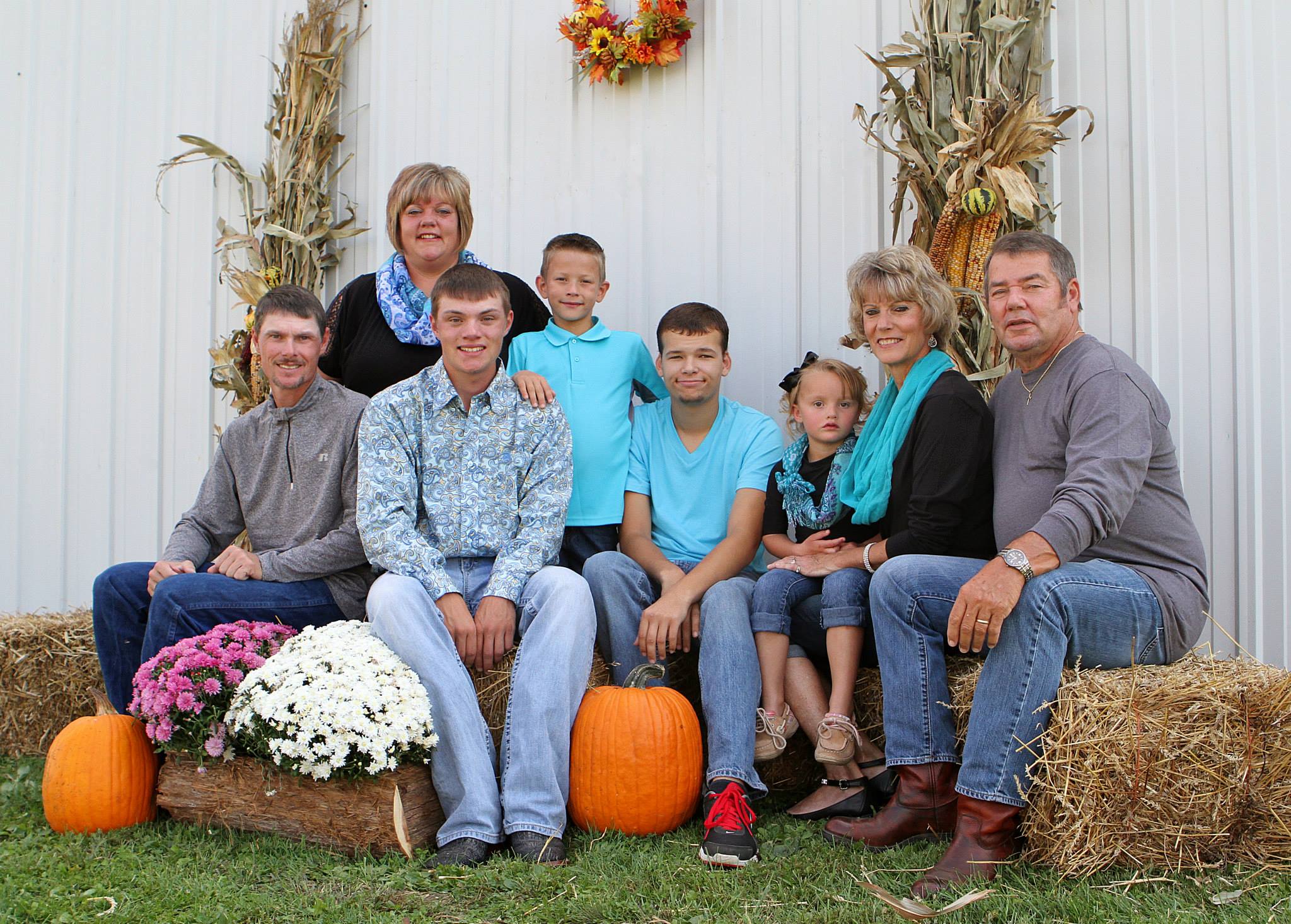 The Snyder family hosts Damen Garlinger. He has been a part of the family for three years.

These individuals range in age from the very young to the elderly and encompass a wide range of disorders including autism, Down’s syndrome and other disorders characterized by severe, seemingly intractable behaviors. So families and individuals are not paired lightly.

It’s an enormous challenge, but Restoring Hope tries to do just that — restore hope to these individuals by placing them in stable homes. Living in such a nurturing home gives these individuals a chance to lead normal, productive lives, and Restoring Hope provides these families with a good annual income through a rent and board stipend, salary, even four to eight vacation days a month. This one-on-one approach translates to a better quality of life and enables problem behaviors to be more easily modified, sometimes eliminating them entirely.

It’s a win-win-win for these individuals, their host families and the state, which pays far less per client than in other institutional settings.

This innovative and caring approach has been so successful that since its launch in 2008, the firm has grown from nothing to about 70 well-paid employees in one of the country’s poorest Congressional districts. Revenues have also grown steadily from $70,000 in 2008 to more than $1.5 million in 2012 and nearly $3 million today.

For these outstanding achievements, Restoring Hope was named an Excellence in Business Award winner at the 2015 Advocacy Day held in Jefferson City. Swift and his wife Melissa also accepted legislative resolutions from the Missouri House and Senate recognizing the firm’s contributions to the economy of this rural area. The events were sponsored by the BDP.

Swift says the BDP’s assistance has been “vitally important” to his firm’s success. Restoring Hope and then Missouri State University (MSU) – West Plains BDP counselor Darrell Hampsten (now in Moberly) were co-housed in the Ozarks Small Business Incubator, a tremendous asset to the firm, Swift says.

“He would come right over, and if he didn’t know the answer, he’d find somebody to connect me with, fast,” says Swift. These answers encompassed everything from formulating a business plan to tax strategies, potential expansion, sound financial advice and recordkeeping and mastering the quirks of accounting software QuickBooks. “I felt like Darrell was always 100 percent on our side, always excited about what we were doing,” Swift says.

Former MSU – West Plains counselor Bronwen Madden stepped right into Hampsten’s shoes, Swift says. “She pushed us to apply for this award [Excellence in Business Award]. She put it all together. She really wanted it for us, and she’s always there for us. Just last week, she and Melissa brainstormed for two hours!”

Getting Restoring Hope off the ground took a lot of brainstorming from Swift and his business partner Jeff Smith. Neither have a true social services background.

Smith is an ordained minister with a long track record of getting churches started, most recently Genesis Church in West Plains. He started from scratch and grew it to a congregation of about 1,200 people. Smith was Swift’s pastor, counseling him through a rough spot long distance from Indiana. And when Smith moved home to West Plains to establish Genesis in 2008, he immediately saw the promise of Restoring Hope and joined Swift shortly thereafter. He’s currently transitioning to full time work at Restoring Hope.

A man of faith and compassion with extraordinary organizational abilities running a firm like Restoring Hope? That makes sense.

An engineer for the U.S. Geological Survey (USGS) with a degree in petroleum engineering? Not so much.

Swift gravitated to the USGS after graduating from Missouri University of Science and Technology, rising through the ranks and learning invaluable organizational skills along the way by being a manager. But he also had a deep entrepreneurial fire. He and his former wife, active in the field, were keenly aware of shortcomings in caring for people with developmental disabilities and started a similar home-placement firm in nearby Alton, Mo., where Swift managed about 150 staff, payroll and IT. By 1993, the agency had become large enough that Swift resigned from the USGS to devote himself full-time to the agency.

The couple later went their separate ways. His former wife still owns and operates that facility.

The Judy family hosts Virginia Bridgewater (right). The family shops and has fun together — just like any other family.

But Swift knew the market was more than big enough for one company and started Restoring Hope from his home. He distinctly recalls he and Smith using their cars as mobile offices, holding training wherever they could and watching as their dining rooms were slowly consumed by files.

“As a home-based business, you can never get away from your work,” Swift says.

“As an engineer, you have this analytical mind for calculations and numbers, so it was easy to transition into that part of the business,” he says. Familiarity with the inner workings of government agencies didn’t hurt in dealing with the departments of Mental Health and Social Services, either. “The rest of it, running an organization and managing people, I learned working for the USGS.”

The partners have also learned that restoring hope for individuals with developmental disabilities isn’t geographically limited. The firm has expanded its services to Springfield and Kirksville.

“Oh, we have made tons of contacts all over the state,” Swift says. “We get people coming up to us all the time saying, ‘Could you guys come up and do this here?’ Well, we would love to come up and do this there. But we are also working very hard on developing our systems, trying to get everything well oiled, fine-tuned. Sure, there are tons of opportunities everywhere, even overseas. But the question is, are we as an agency ready to go there?

“I feel like we have a very good reputation in the field. I am leery about that [expanding too rapidly]. I’m not against it, not at all. I just want to make sure it’s done right.”

What does Restoring Hope look for in a host family?

“First of all, we look for people who love people,” says Charles (“Chuck”) Swift, co-owner and founder. “People who understand what a healthy family relationship looks like and who demonstrate it, too. We look at their children, how they interact, their daily lives. Most of the individuals we support have never experienced a life like that.

“We support a lot of individuals who exhibit extreme behaviors — verbal aggression, physical aggression. A lot of these people have been in group settings of up to 15 individuals sharing a home.” That, he says, is a recipe for disaster. “We get them out of that environment where they do not have to compete for attention and put them in a family where they can be nurtured.”

The supported individual must have their own bedroom in the home, and the new guardians must have earned at minimum a high school diploma or GED. Restoring Hope also trains them in first aid, CPR, medication administration and conducts a thorough background check. Restoring Hope employees then keep track of these individuals, visiting host families at least once a week.

“We have seen tons of behaviors minimized by placing individuals in nurturing families. It really works,” says Swift.

The ultimate goal is integrating these people back into the community. Day to day, year to year, goals can be as modest as being able to make a meal, being safe in public or being able to socialize.

Restoring Hope places individuals with disabilities into homes where they can be properly cared for.

“l am so grateful for Restoring Hope and the difference they are making in my daughter’s life,” writes one such mother. “My daughter Becky has always been a handful and has had plenty of ups and downs with her staff. After much searching, my service coordinator learned about Restoring Hope and shared with me the concept of a host home.

“I was a little uneasy at first and thought my ‘mommy feelings’ would be hurt with her bonding with another family, but it has been a wonderful experience. Since Becky moved in with Jaimee and Atlee and their family, I have seen a great improvement in her attitude and behavior and she is so happy!

“I attribute this to having a stable environment, consistent staff and good role models. It makes my heart feel good knowing she lives with a good Christian family that she truly likes, and she does not dread going back to the host home after a home visit with me. I believe Jaimee and Atlee are doing a wonderful job teaching her life skills, responsibility and appropriate communication skills.

“You all are such a blessing! Thank you for all you do!” 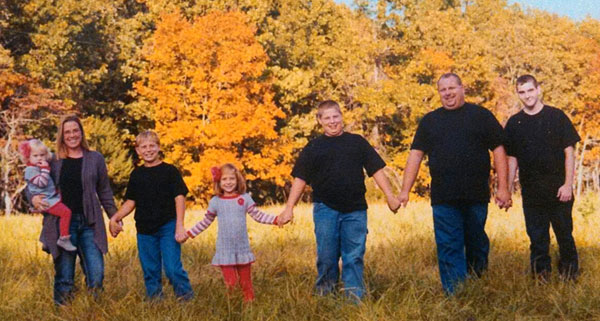