Furloughing family is not something Dr. Steve Rice ever thought he would have to do. Then along came the new coronavirus.

Rice is a managing partner and CEO of Vision Clinic (myvisionclinic.com), an independent private optometry practice established in Springfield in 1967 and now boasting five locations in southwest Missouri.

After graduating with honors from the University of Missouri–St. Louis School of Optometry in 1987, Rice was unable to find a private practice opportunity that had growth potential. So, he expanded his search.

In 1989, Rice became a partner in Vision Clinic where, he said, being part of the community is a big part of their DNA.

In the midst of a pandemic, bobbleheads can wait, as can, according to the Centers for Disease Control and Prevention, routine eye exams and vision checks.

"The CDC wouldn't allow us to do preventative or routine primary care," Rice said. And there is not enough urgent care for the eyes to keep five offices open, he said. 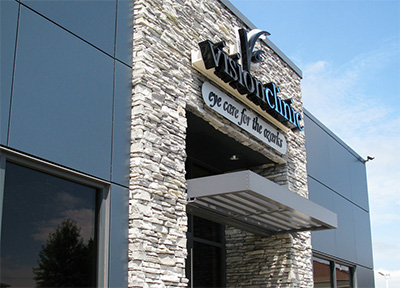 Across its five locations, Vision Clinic has 85 employees, 79 of whom had to be furloughed for about six weeks during the state of Missouri's stay-at-home order amid the COVID-19 pandemic. Among those furloughed were Rice's son, daughter-in-law and daughter, who are three of Vision Clinic's 12 doctors.

The few employees who were not furloughed triaged the numerous phone calls that were coming into the clinic and handled the medical eye problems that were referred to Vision Clinic through their partnering with local hospitals and urgent care clinics.

"When all the COVID chaos, as we call it, began, there was an awful lot of misinformation" Rice said.

During that time, Rice and colleagues at Vision Source, a national network of private practice optometrists of which he is the Missouri administrator, were communicating, trying to make sure they were doing best practices and staying as engaged and informed as possible. "But there was just so much confusion," Rice said.

The confusion extended to government programs designed to help businesses survive decreased income or full closure due to COVID-19.

Rice looked into those programs immediately.

The Paycheck Protection Program (PPP) "didn't have their act together," and the Economic Injury Disaster Loan (EIDL) program "raised questions about what you could and couldn't do in regards to the combination of the two," Rice said.

Amid the chaos, the local chamber provided some information that led Rice to contact the Missouri Small Business Development Center (SBDC) at Missouri State University (MSU).

Enter Chrystal Irons, director of the Missouri SBDC at MSU. "In a cloud of uncertainty and anxiety," Rice said, Irons "was a voice of confidence and calm" and some of his fears were allayed.

"After talking to her, I felt confident that the information she was giving me was accurate" and "if she didn't know the answer, she was going to find out," Rice said. "And she did. I had a question, and she got back with me." 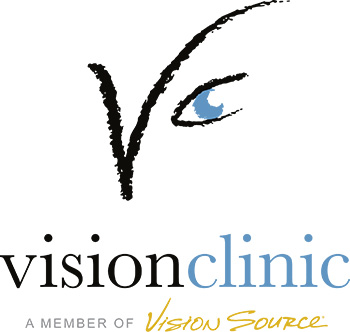 When Rice first contacted the Missouri SBDC in late March, Vision Clinic had given their employees three extra days of paid time off and had not laid anyone off. But Rice knew Vision Clinic could not sustain that state of affairs for too long.

"Their business is built on volume," Irons said, "and because they could only handle emergency care, there was not enough volume to sustain."

"We talked in depth about the SBA EIDL program," Irons said.

Rice was waiting to apply because he wanted to see what other programs might become available, but "I encouraged him to go ahead and start the application process," Irons said. She assured Rice that Vision Clinic would not have to take the funds if a new program became available in the meantime that made more sense for them to pursue.

Rice and Irons were in touch often over the next week as programs aimed at helping small businesses survive the COVID-19 shutdowns evolved.

Two days after his initial contact with the Missouri SBDC, Rice called Irons to discuss EIDL and the Payroll Protection Program legislation that had just passed. Irons explained the ways the funds from each program could be used but admitted that her office was still awaiting clarification on the guidelines.

She shared that guidance with Rice as she received it.

As April's end-of-month payroll neared and Vision Clinic geared up to reopen within the following two weeks, Rice reconnected with Irons. He needed to know how forgiveness of a PPP loan was going to be calculated — an answer Chrystal couldn't give him until a couple of weeks later because, once again, final guidance was not yet available. Plus, he wanted to clarify unemployment rules.

We never thought we'd have to deal with anything like unemployment, Rice said. But now, he needed to know the rules that applied to employees who were offered work but unwilling to come back, just in case.

Luckily, he never had to test those rules. Between working with lenders and vendors to manage cash flow and working with the Missouri SBDC to attain EIDL and PPP funds to bridge the gap, Vision Clinic was able to survive its six-week closure — and to bring back all of its 79 furloughed employees.

What they came back to was "a new normal based on keeping everyone healthy," Rice said.

From using hypochlorous acid to disinfect surfaces to wearing N95 masks to protect their patients — "and getting a hold of PPE was a whole deal by itself," Rice said — Vision Clinic is taking safety precautions seriously.

Patients are interviewed before they come into the office. Their temperature is taken. And they are required to wear a mask. But Rice says that they have been "understanding and appreciative" about the precautions.

"The way we do business is definitely altered," Rice said.

Since they reopened, Vision Clinic has been busy. "Part of it is because a lot people aren't working, so they have time, and there was a pent-up demand" Rice said. "We're booked out for a little while."

Rice feels good about how Vision Clinic handled the closure and that the business was able to get through it, but he doesn't want to do it again anytime soon.

And although "it doesn't make financial sense" to keep enough money in savings to cover having to be closed for six weeks due to a pandemic, "we're probably going to have a little more in reserves than we did before," Rice said.

Rice doesn't think the government will shut them down again, but he does realize that the pandemic isn't over. "We just hope we can get through this and keep our sanity," he said.

But for now, Rice; his son, daughter and daughter-in-law; and the entire Vision Clinic family are back to work tending to the eye health of the people of southwest Missouri — and adjusting to the "new normal," as are we all.