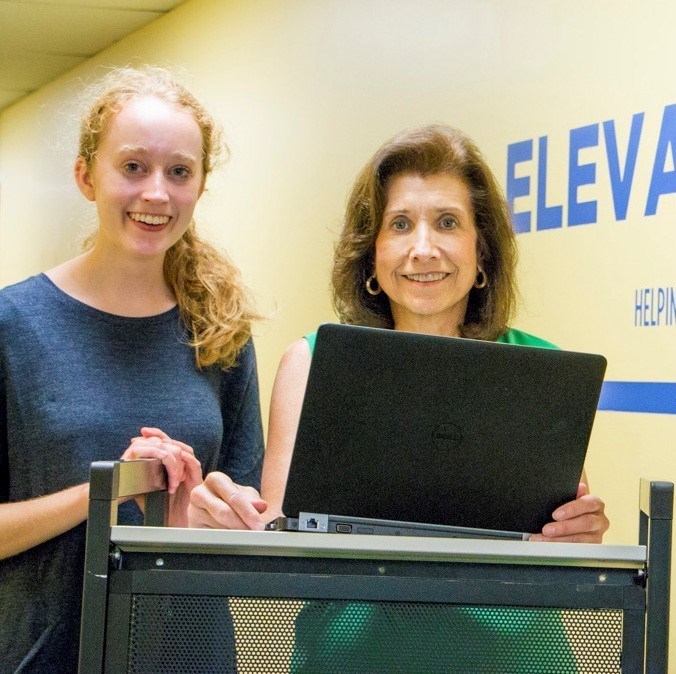 High-achieving, eighteen-year-old Erin Smith will not be following her friends to college this fall. Instead, she’ll delay her entrance to Stanford University to take the next step in developing her medical technology venture, FacePrint.

For the past two years, Smith has been working with the UMKC Small Business Development Center (SBDC) on a business strategy for her unique, face-recognition technology that will potentially diagnose Parkinson’s disease. That mentorship has led to start-up funding, legal assistance and several prestigious awards for the Shawnee Mission, KS teenager. This fall, she will begin a two-year, $100,000 Thiel Fellowship.

"Erin first sought my help when she attended a U.S. Patent meeting where I was speaking," said Sally Williams, a SBDC technology development and commercialization consultant. "When I stepped down from the stage, she and her high school teacher approached me about Erin’s idea for a face-recognition program that could help diagnose Parkinson’s disease. I was blown away by her concept."

Smith’s idea was inspired by a video produced by the Michael J. Fox Foundation. She noticed that whenever Fox, or other people with Parkinson’s disease, would laugh or smile, it came off as emotionally distant. In talking to caregivers and clinicians, Smith learned that her observations matched the changes they noticed, even before patients were diagnosed. This led Smith to the idea that maybe she could develop a tracking device that could lead to early diagnosis. So, she started researching her business concept as a 16-year-old high school student.

"When I began working with the SBDC, FacePrint was merely an idea with a small research project supporting it," Smith said. "Through Sally William’s mentorship, FacePrint has evolved from the preliminary research project into a viable business idea. From connecting me with a pro bono patent attorney to teaching me about pitch decks and business plans, Sally provided insights that were critical at an early-stage to ensure the later growth and development of FacePrint."

To prepare her for the next steps, Smith has worked with Williams to maneuver the many twists and turns of a start-up, technology business."Another business challenge that I have faced is knowing how to best optimize my time and what development goals to work on first," Smith said. "The SBDC has equipped me with the toolset necessary to address these and other problems."

This fall, Smith will begin a Thiel Fellowship designed for young entrepreneurs who have a great business idea and are willing to delay or forgo college to pursue their business. The fellowship, started by PayPal co-founder, Peter Theil, offers funding, mentorship and influential business connections. Smith is one of 20 award winners in 2018 who will be connected to the 60 companies started by Thiel Fellows that now have a combined worth of more than $1.1 billion.

"As I begin working with the Thiel Foundation to turn my idea into a business venture, I will build upon the foundation provided to me by the SBDC," Smith said. "I hope to take the lessons that I have already learned and continue to expand both personally and professionally. Ultimately, I hope to leverage the resources from both opportunities to transform the face of Parkinson’s disease diagnosis and treatment."

Smith said she plans to stay connected to Williams and the resources at the SBDC while a Thiel Fellow.

"My advice to other entrepreneurs is to seek as much advice/criticism as possible as early as possible," she said. "We can become too comfortable only seeking advice from people whose opinions align with ours (hence the term a support network). This pattern creates stagnation not growth. Instead, we must be willing to step outside of ourselves and seek to create a challenge network full of people who will question our ideas and thought processes. You must be willing to ruthlessly dissect your work before you will see any improvements."