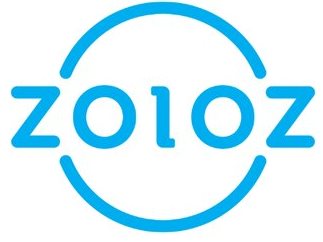 Note: In September 2016, Ant Financial —  the payments affiliate of Alibaba Group Holding — purchased EyeVerify for more than $100 million and changed the firm's name to ZOLOZ. In addition to representing a combination of biometrics expertise from the Ant family, a spokeswoman said the name and branding change is evocative of the firm’s tech. ZOLOZ has since embarked on a campaign to expand its footprint throughout Asia, in particular China. With a goal to quadruple its user base from 450 million to 2 billion people, the firm began offering its tech to such Ant Financial companies as Alipay, MyBank and Zhima Credit.

Are you who you say you are? 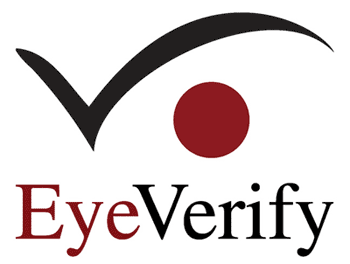 That’s not a rhetorical question in this age of Internet fraud; it’s a particularly urgent question for institutions that routinely spend millions on security and still fall prey to hackers. This problem is only going to become more urgent as mobile devices allow more “secure” transactions.

Biometrics has been around nearly as long as humans have, but the field has its drawbacks.

Fingerprinting, dating back to the Babylonians, can be compromised by prints of low quality, ordinary dust and grime. Facial and voice recognition are not as accurate as shown on TV; there’s a surprising lack of uniqueness in faces and voices. And iris scanners, while accurate and portable, are inordinately expensive and require a very still, very close eyeball to work properly.

EyeVerify, LLC (now ZOLOZ), a very young firm in Kansas City’s Startup Village, has taken this vasculature uniqueness and married it to the cell phone in what Toby Rush, CEO, believes will be a true game-changer. Its slogan is simple, direct and effective: “EyeVerify: Mobile Authentication through Eye Vein Biometrics.”

The technology behind eyeprinting was born in the labs of Dr. Reza Derakhshani, associate professor in the School of Computing and Engineering, University of Missouri-Kansas City (UMKC), and Dr. Arun Ross, who holds a similar position at Michigan State University. Both have a lifelong interest in biometrics and computing. Years of research down different biometric paths eventually converged, and they secured a patent on conjunctival vasculature recognition in 2005. How to take this technology to the next level, however, was a different matter.

The technology, while promising, hadn’t truly left the lab. Rush, whose background includes mobile and wireless development, had meanwhile sold his second start-up. When he heard of the work of Derakhshani and Ross two years ago, he saw immediate applications.

“I have always been involved in mobile wireless,” says Rush. “Taking intellectual property with commercial possibilities to the next level and applying technology to solve simple problems is always very attractive.” 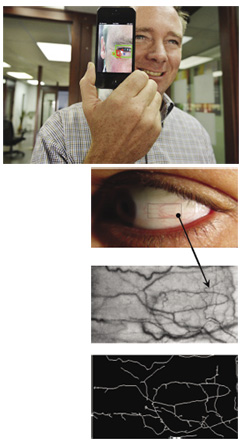 He too had thought for years authentication should be simpler, and taking an eyeprint, storing the image on a smart phone then using it to verify identity just made sense, he says. The firm has so perfected the technology that it claims an eyeprint can be taken from as far as 10 feet away.

Rush believed in this technology so much he funded the company for its first six months. Angel investors provided about $1.5 million in late 2012. The University of Missouri system and the Leonard Wood Institute, which underwrites technology proposals for the Army, have also contributed grants. EyeVerify has obtained an exclusive license on the patent from the University and will pay a royalty fee for the life of the patent, which runs another 16 years.

“The patent’s clean, which gives us great freedom to operate,” Rush says. And research by a Missouri Small Business Technology & Development Center (MO SBTDC) team and EyeVerify revealed little competition. “We looked both domestically and internationally. Really, no one’s got anything in or around it.”

The MO SBTDC team, consisting of Larry Lee, director of the Northwest Missouri State University SBTDC; Denise Fields, commercialization specialist at the UMKC SBTDC; and others have been involved in commercializing this technology for seven years. Derakhshani began attending such UMKC SBTDC events as “Winning Federal Grants for Technology Development” in 2008, and the team has since helped prepare grant proposals, research numerous avenues of private and public capital, brainstorm publicity and advise on which biometrics industry conferences to attend.

“It’s truly been a team effort,” says Fields. “The technology was there, but it was Toby who looked at all the writing on the whiteboards and said, ‘Wait, can this technology be put on an iPhone?’ His involvement has been key.”

“The core concept is so powerful,” he says. “It can go almost anywhere — for the Wall Street banker, the businessman who needs his documents on the go, doctors and nurses, the ordinary guy on the street who wants to access an account, someone without a driver’s license, orphans in Africa, refugees in Syria — it doesn’t matter. You still need to participate in the digital world. And cell phones are everywhere.”

Leveraging this abundant hardware and EyeVerify’s software, he says, may revolutionize the way we think of security. Initially, he says, the firm is targeting the enterprise software, financial and healthcare industries.

EyeVerify is so confident this technology will succeed that it already employs up to 12 individuals. The first software modules should be available later this year.